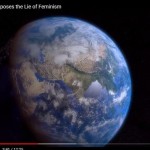 Much of the Web 2.0 is driven by user generated content. It is also the place for new artists to find their audience, prove their talent and rise up as the next star. The newest content monetizing platform, as one would expect, is driven by cryptocurrency, and it is called Coil.

Until now, artists, and this term includes writers, photographers, video makers, podcasters and all other traditional artistic pursuits, did not have many ways to earn the all important, sustaining dollars. The emergence of YouTube and Steemit, and platforms like Patreon, brought a big relief.

Launched in May 2109, Coil promises to be more flexible than all other existing content monetizing platforms, such as Steemit or Medium. The biggest news of today is that Xpring, a part of Ripple, has given a grant of 1 billion XRP — around $265 million. The grant will allow Coil to promote its platform globally as well as increase adoption of Ripple and the underlying Interledger payment system.

With Coil, the aim is to allow patrons and payers to buy subscription only once, and allow the platform to send out payments as the user surfs the web on Coil associated sites.

Currently a $5 per month subscription is available for patrons and promoters. There is no fee for creators.

A look at the Explorer on the site reveals the way Coil is attracting creators and artists. There is photography, poetry, indie music, short fiction, and more. The platform is still raw and fresh, with little commercial clutter. The posting tools are easy to use, including embedding links to music streaming websites for downloading content.

According to the website of Coil, the reason to introduce coil was to make content monetization work for everyone. The statement goes on to point out the status quo of paid advertising and the dominance of highest bidders.

“Coil’s platform supports creators around the globe, including writers and journalists, video and filmmakers, podcasters, streamers, musicians, photographers, and artists,” says a statement from Coil.

Any artist, newbie or established, can set up an account in a minute, and start posting content on Coil. Each post gets its own page with a large header image on top, and an intuitive, Medium-like editing features for the content. Creators can specify if they want to receive dollars or XRP at the set up stage. The design, profile and layout are clean, fresh and a breeze to use. There is also an active Reddit community for Coil.

Apart from Medium, which has a subscriber model and a paywall, the crypto-based competitor is Steemit, built on the Steem blochain. Steemit has just announced that it will now allow creators to make their proposals as well on the platform, of which the chosen ones will get funded. Steem calls itself a “social blockchain”, allowing immediate revenue streams to be set up. The token used is called STEEM, and is well placed in the crypto rankings at No 40 with around $160 million in market cap. Though 2018 was a turbulent year for Steemit, the platform now has a new leadership team.

Coil is the creation of CEO and founder Stefan Thomas, who loves the web, and was the former CTO of Ripple. Founded in 2018 to create ‘a better business model for the web’, Coil uses both fiat dollars as well as XRP with the help of Interledger, an innovative ‘router like’ payment system which works irrespective of the protocol, wallet or currency being used.

Coil also allows creators to use various models to monetize their content. They can use the teaser-cum-paywall method, split their creations into free and paid, or use an innovative 100+20 model, wherein they can offer the main content for free, and add surplus content for subscribers.

Before the 1 billion XRP endowment, Coil has also partnered earlier this year with the popular Imgur entertainment platform, and the video streaming service, Cinnamon.