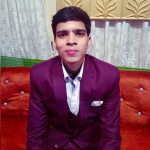 Balenciaga, a prominent luxury brand company, has announced it will promote payments in cryptocurrencies. The French luxury brand, Balenciaga, has said it will enable accepting Ethereum (ETH) and Bitcoin (BTC) as payment methods within the United States.

Balenciaga has not given why it will accept Bitcoin as a payment method. However, over the past week, the value of the luxury brand has recorded a sharp downfall, and this elevation in volatility could have initiated concern, driving the company to shift its business model. On the other hand, the step could have also been influenced by demand from customers.

Other Luxury Brands Which Endorse Cryptocurrencies

Gucci is currently taking the lead in being steadfast with its cryptocurrency plans. The luxury brand recently unveiled a Web3 team and purchased a piece of digital real estate on The Sandbox metaverse.

The Sandbox is a real estate platform based on blockchain technology. Besides investing in The Sandbox, Gucci became the first luxury brand to endorse non-fungible tokens (NFTs).

It discharged its first NFT on June 25, and it sold it for $25,000. Gucci has also released two other NFT collections.